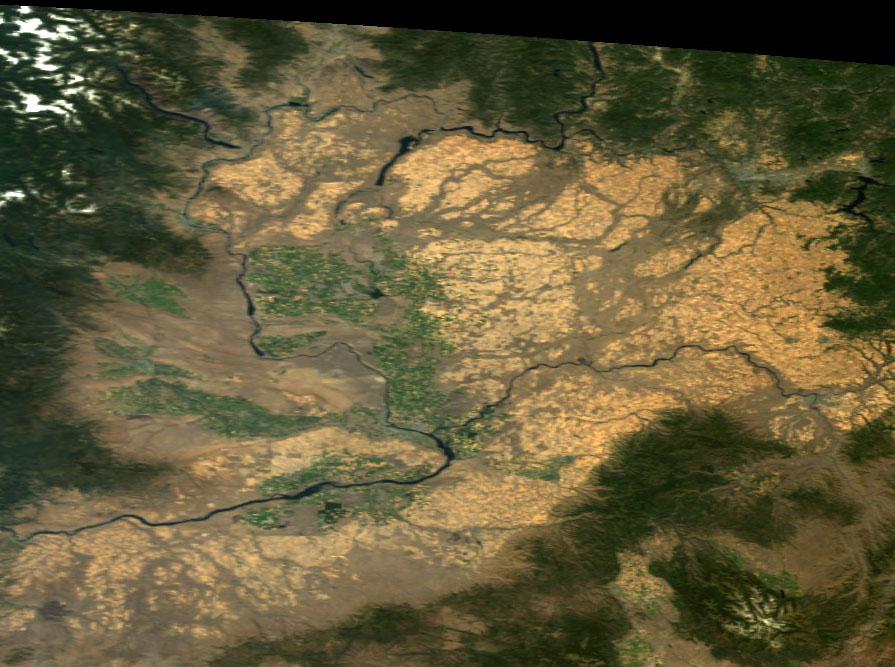 Simple to discern from space: the Channeled Scablands eroded across the Columbia Basalt Plateau

The ‘Channeled Scablands’ of eastern Washington, within America’s ‘Great Northwest’, were recently ravaged by one of the largest floods yet identified on the planet. Though new research has targeted other sites that are challenging superiority for maximum volume outflow, another of the largest flood events also violently traversed that same region – through Southern Idaho’s Snake River Plain, and shared their final course to the Pacific Ocean – escaping through the Columbia River Gorge that divides Oregon from Washington.
Verified to be closely-related in the recent geologic past, and effectively simultaneous with numerous other hydrologic modifications across America and the northern hemisphere, the totality of the altered landscape begs that its sculpting agent be considered. Applying ‘Ockham’s Razor’, could there have been an unacknowledged continental or possibly global-scale event that unites and explains the thunderous quantity of documented evidence?

In 1997, with this sure-to-be contested question in mind, we commenced planning a series of expeditions to visit and eyewitness these remodeled regions and individual sites. Starting in late ’98, after agreeing that the most probable perpetrator for causing the hundreds-of-thousands of oriented ‘Carolina Bays’ along the Atlantic coastal plain was a disintegrating object impacting into and/or exploding over the Canadian ice sheet, we recruited a team, compiled the pertinent research papers, and ventured out to explore the continent’s abundant evidence purporting catastrophic flooding. 2012 marks fifteen years of collaboration and the opportunity has been presented to cohesively share some impressions and opinions.

Thirty-plus trips together, approaching 40,000 road miles and 75,000 air miles, have varied from weekend jaunts to Appalachian boulder-streams and pothole-ridden gorges, to week-plus explorations around Montana’s ‘Flathead Basin’ and traversing the eroded river valleys of southern British Columbia. While visiting canyons and river valleys, craters and impact structures, deserts and playa, basins and mountaintops, water gaps and flood plains, landslides and boulder fields, cinder cones and caldera, glacial lakes and moraines, hot springs and waterfalls, gravel bars and drumlin fields, gorges and slot canyons, coulees and arroyos, we’ve amassed thousands of images and more than eighty hours of videotape. And though not natural constructions, another of the curious land features that have been targeted purposely for investigation are the ‘Earthworks’ of the ancient ‘mound-builder’ cultures along the Ohio and Mississippi rivers.

In order to illustrate the extent and variety of sites that we have beheld, this section will provide overviews of our expeditions and thoroughly list the stops that were made along the way, with links to the associated media accessible in the ‘Landscapes Library.’ 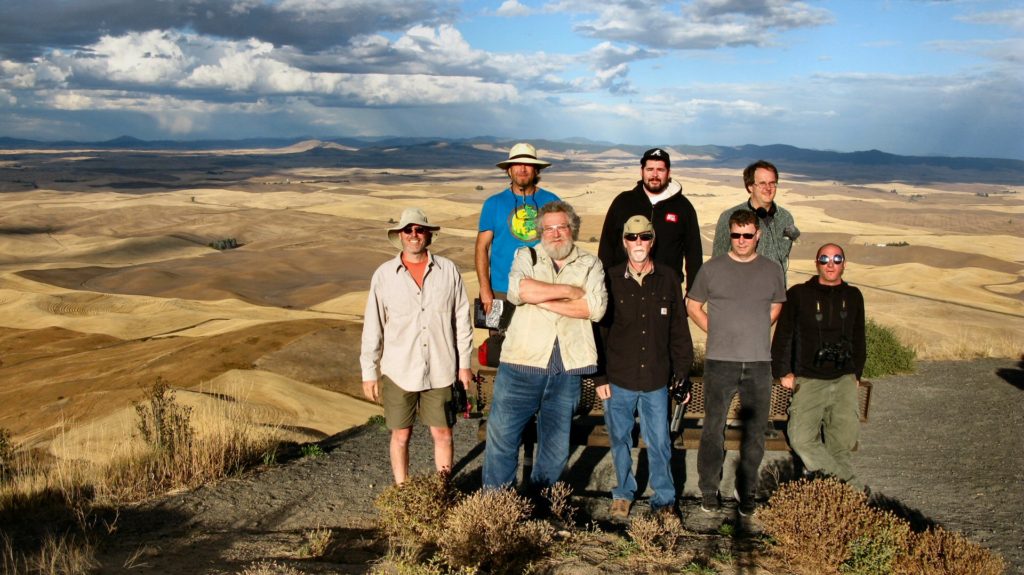