Redemption of the Beast

New for Earth Day circulation: Randall’s methodical new essay blasts the foundation of Carbon dioxide-demonizing propaganda with a review of published papers touting the many positive effects of an enhanced level of atmospheric CO2!  Read the highlights or get immersed … Continue reading →

Are there increasingly frequent and powerful storms, or are we just more aware of them in our world of instant global news? Randall has compiled a substantial list of those events recorded prior to significant fossil fuel consumption HERE

We terrestrials are occasionally reminded of

our participation in the greater cosmic reality.

This eight-thousand-mile diameter spherical rock is rotating, revolving, and racing through space, along with all the other objects “out there,” and when their defined tracks intersect, the consequences are usually catastrophic. The depth of time apparent in the geological stratigraphy of planet Earth exposes clues to repeated events that are capable of resetting Life’s clock.   Read More on History page 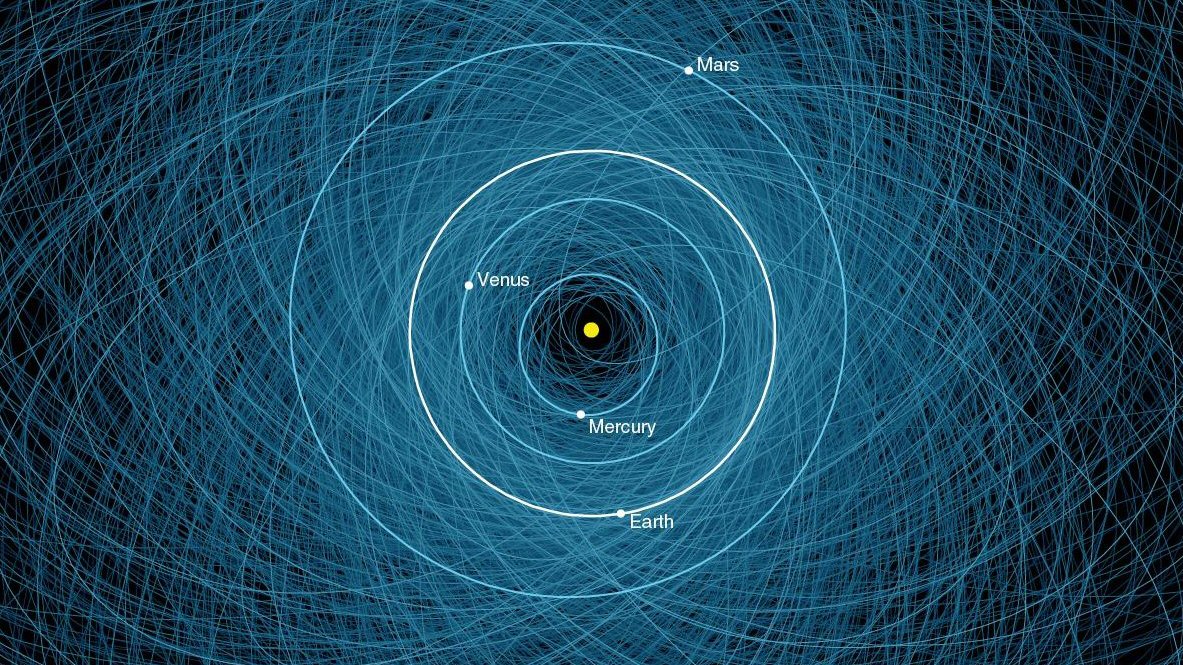 
Part 1: The Boy who Cried Wolf

We all remember the well-known fable told by the ancient Greek slave and storyteller, Aesop, about the shepherd boy drafted to keep watch over a flock of sheep, and who, out of boredom, decided it would be great fun to fool the nearby villagers by pretending that a wolf was attacking the sheep. After the villagers rushed out to save the sheep a number of times based upon the boys fabrications they refused to believe him when the wolf actually did show up and began to consume the sheep. The obvious declared moral of the story is generally expressed as “There is no believing a liar, even when he is telling the truth.” However, there is, I submit, a second, unstated moral to the story as well. In spite of the shepherd boy’s prevarications, the wolf was real. And the wolf did, in the end, show up to devour the poor sheep…

Bringing us to the point of this article: for centuries various predictions have been made about the end of the world on certain dates by assorted means, and on quite a number of occasions these predictions have been believed by a significant number of people. Obviously the world did not perish in late December of 2012 – the most recent date proffered in a long tradition of doomsday predictions that failed to materialize.

…I think we could say that the batting average of those prognosticators of world destruction has so far been about zero. All of which, however, raises an interesting question. Why are so many people so fearful of and ready to believe in an impending doomsday? I think the answer to that question brings us to the unstated moral of Aesop’s fable. In spite of all the false alarms, the wolf turned out to be very real.

And eventually the wolf showed up.

If instead of trying to foresee the future of planet Earth we look to its past, we are confronted with a rather disquieting mass of evidence about the actual history of global change. While the prevailing paradigm for most of the 20th century was one of slow, gradualistic change, that interpretation has given way to a new model which recognizes that profoundly dynamic changes have occurred on a scale unprecedented in recent times.

The previous article The Boy Who Cried Wolf was written in late January, 2014, prior to the close passage of Asteroid 2012 DA14 to within 17,200 miles from Earth. And thanks to the simultaneous extraordinary event over the town of Chelyabinsk, Russia, much of the world’s population has at least some vague awareness of this celestial voyager and its brief sojourn in near Earth space, and of a most extraordinary ‘coincidence’. However, I am reasonably sure that only a very small minority of humankind grasps the significance of this confluence of cosmic events.

Allow me to elaborate.

On June 30, 1908 a small asteroid, or possibly a portion of a devolatilized comet nuclei, entered Earth’s atmosphere, moving about 5 miles per second and exploded over Siberia, five miles above the Earth’s surface. The explosion caused a powerful and devastating shock wave that swept over the old growth Taiga forest below, devastating over 820 square miles of trees. The shock wave was accompanied by intense fire in the immediate epicenter of the blast. In the zone of substantial damage resulting from this cosmic strike, massive trees with three-foot diameter trunks were blown over by the pressure wave and laid flat like new mown hay. In the fire zone directly under the blast, about 50 square miles in extent, where temperatures may have reached 30,000°K, there was basically nothing – all trees had been thoroughly incinerated.

…were an equivalent event to happen today over a populated region or urban area, the loss of life would be immense. The 300,000 deaths from the Indonesian tsunami of 2004 would appear minor by comparison. To give some perspective, a major American city with a perimeter interstate highway enclosing it, is on the order of 800 square miles in extent. To use Atlanta, Georgia,  as an example, were a cosmic object the size of the Tunguska bolide to detonate over downtown Atlanta, most everything within the perimeter enclosed by Interstate 285 would be devastated. The blast would be so powerful that people as far away as Macon, Georgia, (about 100 miles to the south) would be blown off their feet.  That’s a lot of damage and a horrific number of casualties and injuries, likely in the millions. The same effects would pertain to any major metropolitan area, whether Washington DC, New York, London, Paris, Tokyo, Moscow or any other city of comparable size.

…here is something to consider: If the angle of approach of DA14 to Earth had been only slightly different, we could still be in reeling in shock from a disaster unprecedented in scope within the last several thousand years. The time separating us from impact as it crossed Earth’s orbit was estimated to be about 15 minutes.

Part 3: “Here there be Dragons”

In Part 2 of this series I discussed some of the many close encounters between Earth and celestial objects that had occurred in recent decades. This came on the heels of a series of events that, for a brief few days at least, riveted the world’s attention on the bigger picture of the cosmic environment. In the wake of the events of February 2014, the well-known Professor of Theoretical Physics, Michio Kaku, wrote in Newsweek:

“It’s sobering to realize that we live in the middle of a cosmic shooting gallery. There are about a million asteroids that orbit near the path of Earth. Of these, NASA estimated in 2007 that perhaps 20,000 can one day pose a direct threat to Earth . . . Today our instruments are revealing how frequent near misses really are, and the results are deeply disturbing.”

While the furor seems to have died down as of this writing (late March 2014), the close encounters continue to accumulate. Between March 4th and March 10th four new asteroids buzzed Earth. The largest of the four, at 120 to 130 feet in diameter, was almost the size of the Tunguska object of 1908. None of four these objects had been detected more than several days to a couple of weeks prior to their close fly-by. Engineer Paul Cox of the Slooh Space Camera in the Canary Islands remarked, “This should be a wake-up call to governments. We know the solar system is a busy place. We’re not sitting here on our ‘pale blue dot’, on our own in nice safety.”

Then clustered around April Fools’ Day, dramatically reinforcing the concern of Michio Kaku, Paul Cox and a growing number of scientists, four more asteroids zoomed through near-Earth space. This was widely reported in Russian media but seems to have slipped through the cracks in the U.S. The largest of the four was 4034 Vishnu, about 800 meters across, discovered in 1986. This asteroid had a volume about 5000 times greater than the Tunguska object. An object this size impacting Earth would most definitely have serious consequences, causing widespread environmental havoc, millions of casualties and most likely triggering a global economic collapse that could take years or decades to recover from.

What we see happening is the beginning of a major paradigm shift regarding our planetary status in the Universe. A number of parallel strands of research are now converging…